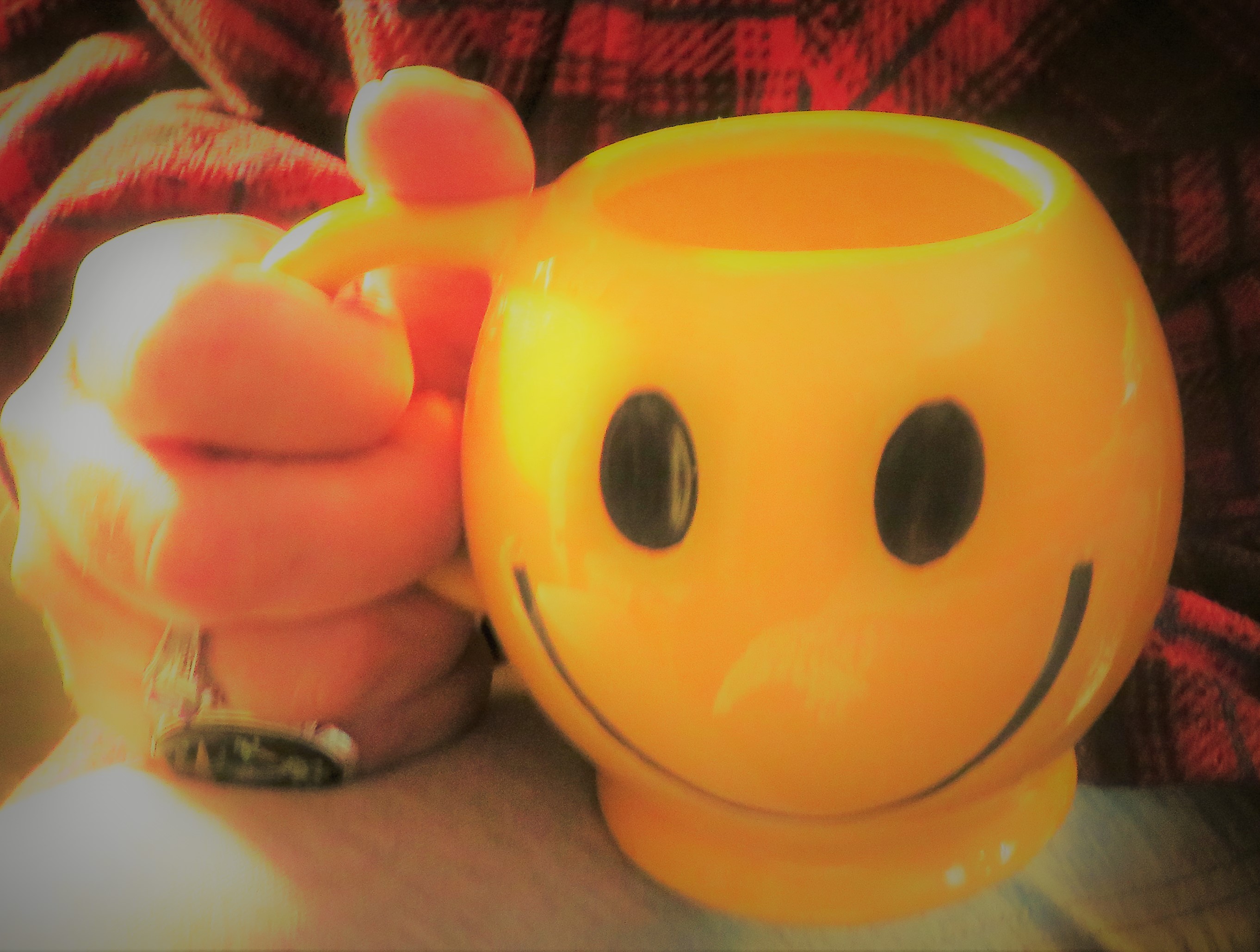 An American Indian Model of the Universe.

The Hopi Language contains no reference to TIME, either explicit or implicit. At the same time the Hopi language is capable of accounting for and describing correctly, in a pragmatic or operational sense, all observable phenomena of the universe.

Just as it is possible to have any number of geometries other than the Euclidean which give an equally perfect account of space configurations, so it is possible to have descriptions of the universe, all equally valid, that do not contain our familiar contrasts of time and space. – Benjamin Lee Whorf, International Journal of American Linguistics.

Moving along to “Between Realness and Unrealness”: Anthropology, Parapsychology and the Ontology of Non-Ordinary Realities, Jack Hunter, University of Bristol.

“Hunter argues that one must learn to ‘see as the Native sees’ in order to truly grasp the experiential foundations of religious and spiritual belief, and escape from the hegemonic dismissal of alternative ontologies.”

Note a brief mention of Anthropologist Margaret Mead as the “driving force to incorporate the Parapsychological Association into the American Academy of Sciences.” Page 11.

My brief near encounter with Mead happened about a year before her death. Too young for an introduction or an audience, I was relegated to sitting outside the door as she met with media at the Menninger Foundation in Topeka, Kansas.

My focus in that previously linked Jack Hunter article is this: “…a paranthropological approach accepts the possibility that the objects of supernatural beliefs may have some form of independent ontological reality, and proceeds from that position.

A genuine close engagement with an enigma unexplained offers the opportunity to “see as the Native sees“. The problem arises in the description or translation (language and mind-set).

Given an up close and personal demonstration of how easily a discarnate entity/non-corporeal presence/Alien could alter my perception of reality and shift my awareness in regard to the flow of time, I can appreciate how difficult the process to define a PSI/paranormal/metaphysical encounter.

Descriptions lose the details; physiological, emotional, psychic. Add to that, sensory overwhelm. One off-the-charts paranormal encounter that played out over a period of several months continues to be a bite for me to relate.

Even after several trial runs of talking it out, I can’t get everything into words. It is an extreme challenge when trying to express the nuance. It is too complex.

Although my experience as a channel (expanded ability and awareness via intuition and PSI) allowed a comfort level with the interaction with an unfamiliar other, I was completely unprepared for the dramatic shift I experienced in my real-time environment.

The frustration with description comes from lacking a template or frame of reference for what I experienced. The saving grace for me is having a secondary witness. My husband was also present.

Maybe the biggest dilemma is the event is completely outside the norm in our standard method of accounting for time. So, for that challenge, and to help me integrate my supernormal, I have sought out corroborative examples from the arenas that do address and incorporate time distortions and reality shifts: Sci-Fi authors, paranormal studies and alien contactees.

I will ascribe the label ET/Trans-Dimensional to my source/instigator for this exercise [Several months, February through June, Spring of 2009] as that is what I have been given.

There was a previous warning regarding labeling a source when I began writing about my channeling experience with the nightlight energy in 1998. My nightlight relationship continues to this day and that book was published in 2007. The tons of notes I continued to take about the increase in paranormal and anomalous encounters after that introduction are still in folders.

At present – it is difficult to accurately identify or label an entity when we are ignorant about their existence and the circumstances that allow or facilitate their presence. Labels are simply a bookmark to be reviewed and possibly revised when our understanding evolves.

To that end, I believe my 2009 experience was a test. Whomever was helping me through an extreme personal crisis at that time – and they did provide incredible and extraordinary paranormal assistance – was also curious as to what level of trust I would bestow.

Interaction was telepathic. I had been shown that the source had direct knowledge of the belongings in my home and strategically placed certain objects for me to find.

Example: I hear a telepathic message, “Bob’s your uncle.” And then I see the photo of my deceased uncle – having been positioned to be visible – and just peeking out from where I had it tucked away in my notebook on my desk.

After several of those interactions, communication was established. We progressed to instructions. Told to travel from point A to point B and follow a certain set of rules, I listened. White car = go. Black car = wait and allow traffic to pass until the next white car presents. Follow a circuitous route.

During this little adventure I chose to deviate. I took a turn into what I believed would be a short cut. As it happened, it was the one entrance and exit to an apartment complex.

The surprise, as I traveled the circular course back to the exit, was what my husband and I saw on the pond at the center of the complex. Looking out the window as we were driving by, we noticed the group of some 15 or 20 geese start swimming together – synchronized – in the formation of a question mark.

It was an incredibly surreal moment. I felt dazed – like I was in two places. My husband chided me and said, “I guess they wondered why you chose not to follow their directions.”(As he also wondered.)

I argued for my position, saying the performance by the geese validated the presence of that unfamiliar telepathic other. We both witnessed the geese swimming in formation. For me, that physical demonstration proved what I was hearing, via telepathy, was real.

On the flip side, it also indicated to ‘them’ I was not one to blindly follow orders.

The various extraordinary events and resulting encounters during that period of my life changed my beliefs about time and what unseen forces/sources are capable of doing with our reality.

They presented themselves as watchers or controllers. When I saw them in vehicles during that car ride – they appeared in physical form as white men in dark suits, smiling at me as if this was a great joke. And yet, I don’t know what was real. Was it a person or a superimposed image designed for me to ‘see’ as a person?

I was so glad to find John Foster and the extraordinary ET/UFO paranormal accounts he has logged in his books and on his website.

John Foster offers examples of those capable of manipulating our society and our timeline. I wish more attention could be given to his material and similar accounts.

In another dramatic example, I was told there would be a demonstration of how ‘they’ could change our reality. I was instructed to act normal during my day and not to telegraph that I noticed anything out of the ordinary. Subsequently, every car we encountered was black, white or a shade of silver/gray. There were no other colors in the entire span of the metro area we traveled.

At several points, it was given that this demonstrated their ability to influence our timeline. We were told to prepare for a return to a timeline that reflected the energy pattern of the 60’s. Again, that was in 2009. There were no dates given – just a hint that what we experience is not subjected to a linear formula and someone or something else might be in charge.

Take nothing for granted. Understand there are unseen others who play along with us in this mind field and they do not experience our ‘rules’ as limits.

Time and reality are beyond our limits. Rules change when one figures out who sets the limits. The role of the unseen is to inspire the curious. That requires a reality too big to fit in the picture.

Ingo Swann got it and left breadcrumbs. Burning question: Axelrod?

A few notes for the curious – none answer that question. Link.

“Reality is merely an illusion, albeit a very persistent one.” – Albert Einstein